How to debloat the postal bureaucracy 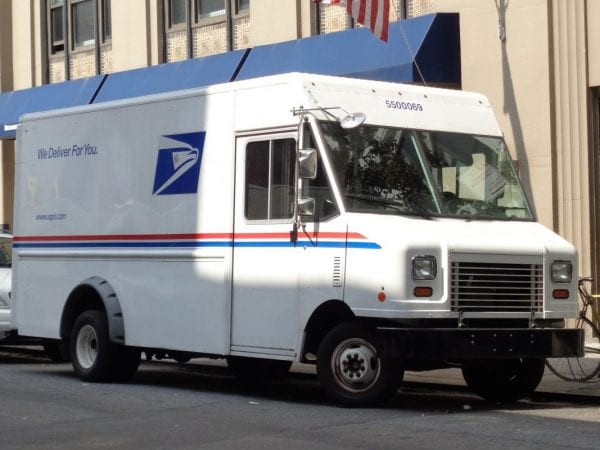 This article originally appeared in the Washington Examiner on July 1, 2019.

Job relocations happen every day. Except in Washington, D.C.

Tempers flared when the United States Department of Agriculture, or USDA, announced the impending relocation of more than 500 employees to the Kansas City region, even though the move was set to save taxpayers $20 million per year without hurting the agency’s operations.

Federal employees pushed back hard, accusing the agency of backdoor downsizing and heartlessness. Despite the pettifogging and nonsensical criticism, other federal bureaucracies looking for savings — such as the beleaguered United States Postal Service, also known as USPS — should use the USDA’s move as a template for their own personnel policies.

Unlike the USDA, the USPS is styled as an “independent agency” and likes to believe it is financially self-sufficient. The truth is that it is anything but, and its $70 billion in net lossesover the past decade puts taxpayers in danger of having to bail out America’s mail carrier. Due to staggering losses and exploding management and personnel costs, agency leadership has promised Congress a Soviet-sounding 10-year plan for trimming expenses to bring the USPS back into the black. As the Taxpayers Protection Alliance pointed out in a January report, sensible fleet procurement policies and better oversight of contracted middle-mile drivers could save the agency billions of dollars per year and make a sizable dent in the USPS’s fiscal footprint.

But deeper reforms can work alongside simpler fixes, such as changing where the bulk of the agency’s burgeoning bureaucracy reports to work and introducing locality pay. In contrast to most of the federal government, the USPS doesn’t pay employees based on where they live. For most other agencies of the federal government, workers in Washington, D.C. earn around 30% more than the nationwide average for federal pay due to far higher prices in the capital metropolitan area than the national norm. This perplexing postal exception arose nearly 50 years ago when the Nixon administration and the Post Office’s union agreed to uniform pay increases and schedules regardless of location. The grand bargain succeeded in ending the catastrophic Postal Strike of 1970, which after all was focused in states such as California and New York, which tend to have higher pay scales to begin with.

In 2014, staff from the office of the inspector general met with representatives from the National Association of Postal Supervisors to discuss issues with uniform pay, and noted their complaints about, “valuable supervisors and employees seek[ing] relocation to low-cost areas.” When successful, these moves are harmful from a productivity perspective since skilled, successful workers are at their best when surrounded by other talent. According to urban policy scholars such as Harvard scholar Ed Glaeser, cities tend to be more productive than suburbs or rural areas because of their ability to cluster highly-skilled, highly-motivated people. If the USPS suddenly introduces locality pay, leadership can increase productivity by discouraging attempts by individuals to seek location while saving billions of dollars by shifting entire clusters of employees from federal headquarters in Washington, D.C., to, say, Fargo, North Dakota.

There’s some 10,000 USPS workers clustered in the federal headquarters in Washington, D.C., and if the agency can save 30% (or more) in total compensation costs by moving these employees elsewhere, annual savings could easily amount to hundreds of millions of dollars per year. Without firing a single soul or reducing employees’ living standards, the USPS could perhaps roll back a tenth of their annual net losses simply by implementing sensible personnel policy.

With any compensation change at the USPS, the devil is in the details. Union opposition is likely to be stiff. Indeed the 2014 IG report noted that, “In discussions with the OIG, the Postal Service highlighted the problems of developing a locality pay agreement with its unions.”

Even so, introducing this notion into discussions can give the USPS the high ground by highlighting a common-sense solution that would result in no layoffs and put the agency on par with most of government. The agency may have no shortage of problems, but sound personnel and pay policy can go a long way toward increasing productivity and stemming fiscal troubles. Taxpayers and consumers will benefit from USPS management changes in which sensible options, such as the occasional job relocation, are left on the table.

There are no comments for this article